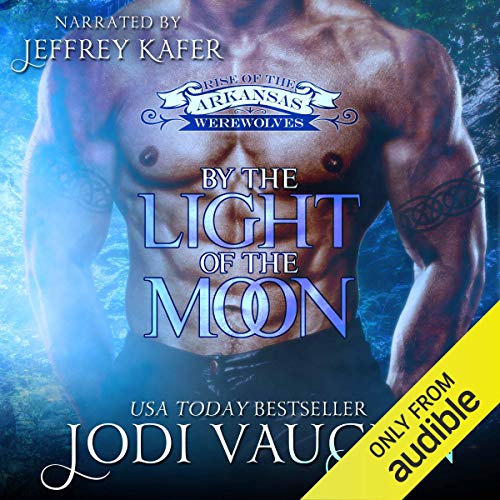 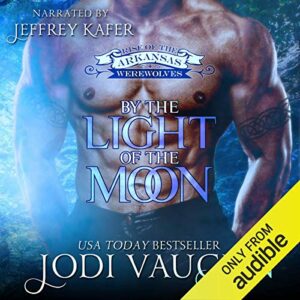 Werewolf Guardian, Damon Trahan lives by a Code: Protect the Pack with his life. Damon has experienced death and betrayal, now all he wants is the freedom of his Harley and the loyalty of the men he rides with, the only family he has left. Those are the things he knows and believes in. Love and the hurt that comes with it has no place in his world…
Until he receives new orders: Rescue female werewolf, Ava Renfroe from a Pack of rogue wolves.
Bartender Ava Renfroe is tired of Alpha males running her life. Being raised as the daughter of a Military General made her want independence more than air—and she has it! Until she’s kidnapped. Damon Trahan, her alpha male rescuer and bossy pain-in-the-ass, is exactly the kind of man she doesn’t want, but try telling that to her libido. His brooding good looks are panty-dropping hot. Too bad he’s bat-shit crazy and thinks he’s a werewolf. Worse, he claims she’s a werewolf too. But when Damon shifts in front of her, she begins to doubt everything she’s known to be true.
On the run from the rogues, Ava and Damon can’t ignore the red hot passion between them. But Damon knows it can’t last. Will he sacrifice everything he’s ever known to have the one thing he’s never meant to have? Or will the war between the Packs destroy them before love is given a chance?

I decided to listen to this audiobook because I was curious about a shifters story, and Jeffrey Kafer is a treat for the ears. I also wanted a light read and did not mind it if it were spicy. It was a very light listen, almost mindless. The story was quite straightforward without much going on. A female werewolf is kidnapped by a band of rogue werewolves, and Damon Trahan is sent to rescue her. They do not like each other much at first but they feel an attraction that they cannot confess. Things get rough and they end up spending more time together than initially expected.

It was an okay book, but I expected to have the characters shifting more than once or twice. The story was mostly centered on an impossible love story and their constant physical attraction. Damon and Ava ended up making out in the worst possible moments, but I guess that was intended to create sexual tension.

There is not much character development nor worldbuilding. The red werewolves are rogue and they kidnap females but we do not get more information or background history about them, which could have maybe redeemed the book. It seems the female werewolves were scarce, if they had to kidnap them, but this is also not mentioned in the book.

The ending made me roll my eyes, because things were they did not seem realistic; and the jealous and possessive attitudes of Damon and Ava made me cringe. I guess there is some public for this kind of messages but I believe we should spread a different concept of love.

Jeffrey Kafer’s narration was excellent, as always, and it made the book bearable. Kafer is one of those narrators that could read the phone book and make it interesting. He did justice to the hot content in the book.