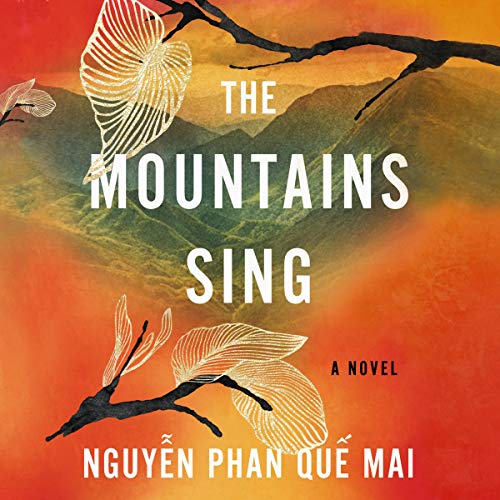 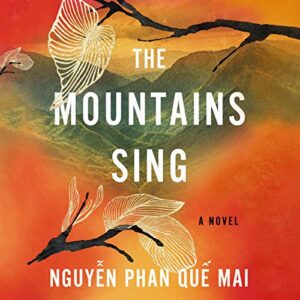 With the epic sweep of Min Jin Lee’s Pachinko or Yaa Gyasi’s Homegoing and the lyrical beauty of Vaddey Ratner’s In the Shadow of the Banyan, The Mountains Sing tells an enveloping, multigenerational tale of the Tran family, set against the backdrop of the Viet Nam War. Tran Dieu Lan, who was born in 1920, was forced to flee her family farm with her six children during the Land Reform as the Communist government rose in the North. Years later in Hà Noi, her young granddaughter, Hương, comes of age as her parents and uncles head off down the Ho Chí Minh Trail to fight in a conflict that will tear not just her beloved country but her family apart.
Vivid, gripping, and steeped in the language and traditions of Viet Nam, The Mountains Sing brings to life the human costs of this conflict from the point of view of the Vietnamese people themselves, while showing us the true power of kindness and hope. This is celebrated Vietnamese poet Nguyen Phan Que Mai’s first novel in English.

The Mountains Sing is a multigenerational tale told from the POV of a young girl and her grandmother. The story spans about six decades, ending in 1979, including historic events like the Land Reform, the famine, and the Vietnam War.

I had great expectations about this book, and while I enjoyed it, I had trouble getting into the story. There are two alternating storylines, one told by Hương and the other by her grandmother. Their family traversed some very hard times due to the changes in the country, and both women were just victims of the circumstances.

The story is beautifully told and immensely sad, but at first, I didn’t feel moved by it, and I didn’t know why. In hindsight, I think the main issue for me is that both characters feel like just punching bags. Terrible things happen to them and their loved ones, but I wasn’t able to relate to them because I couldn’t see their suffering. Tran Dieu Lan, the grandmother in this story, has to make some difficult decisions along the way, but this mental process is something we don’t see. It kind of just happens, and I think the story could have been much more powerful if we could have seen a bit of this internal struggle.

The dialogs felt stilted, and while I recognize there’s a cultural difference, I can’t believe Tran Dieu Lan would explain some of the past events in the way she did to her granddaughter.

In books, when we have alternating POV’s, usually chapters are tagged with the character’s name to help the reader to identify who’s talking. This was not the case here. What the author chose to inform the reader who was talking were dates. It worked, more or less, but I think adding the names wouldn’t have hurt, and would have made things clearer. It was also that both characters sounded quite similar, without a well-defined tone and voice, which made identifying the speaker more difficult.

I liked that the narrator, Quyen Ngo, was a native, or at least, she sounded like it. The characters’ and places’ names sounded beautiful and strange. This made the story a bit difficult to follow at first, but it helped to set the mood and transport us to Vietnam. The narration was beautifully done and was very pleasant, but all characters sounded exactly the same, and this paired with the alternating POV’s without name tags created some confusion at times. Due to this, some of the dialogs were difficult to follow, as it was difficult to know who was talking.

Despite all this, I liked the book, and once I reached about one-third of the story, and knew more about this family, I was able to enjoy it a lot more than at the beginning, and from a certain point, I couldn’t put it down. A solid 3.5 stars.