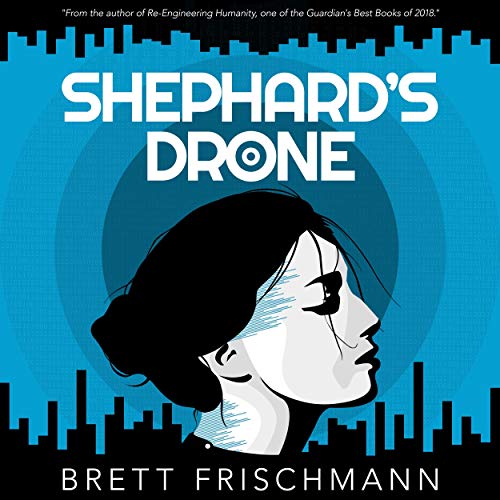 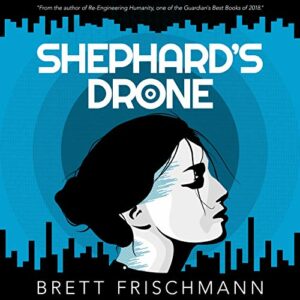 A breathtaking, near-future novel from the author of Re-Engineering Humanity, one of The Guardian's Best Books of 2018.
Boston, Massachusetts, 2154. Life is good. Kate Genet has her dream job. She is a renowned geneticist with her own state-of-the-art research lab. Suddenly, when visiting a maternity ward, everything in her life changes. Kate observes the unexpected death of a bio-mod couple's newborn. The shock rattles her, awakening memories and long-suppressed fears. Kate rejects the doctor's explanation and is determined to figure out what actually happened. She's catapulted on a quixotic and dangerous adventure in a world where engineered harmony cannot smooth out more basic human conflict. Kate learns how to live as a human being through death, friendship, sex, danger, and ultimately, love. But in the end, Kate makes an incredible discovery that undermines everything she believes and threatens everyone she loves.
"A toweringly good first novel, with echoes of Brave New World, but searingly relevant to our digital, genetically engineered age, and where it could well lead in this and the next century. Frischmann develops his female protagonist with a masterful hand, and invests his narrative with shocks and surprises in a world that slaps us in the face with its dangerous similarity to ours. Truly science fiction of the finest calibre, and highly recommended."
Paul Levinson, author of The Silk Code and The Plot to Save Socrates, and President of the Science Fiction and Fantasy Writers of America (1998-2001). "Brett Frischmann writes like a mad scientist, altering the code of life to elicit new thoughts, feelings, and behaviors. His novel is an experiment conducted on our brains and hearts, to condition us for the future."
Joshua Cohen, author of Book of Numbers.

The population of the United States has been segregated some generations before the events in this book, and these are the three main groups: on the East Coast live people with bioengineered modifications, on the West Coast everyone is connected to the network, and in the Midwest live the last pure humans in the country. Kate is a geneticist working on the maternity ward at a Hospital in Boston, and she supervises the administration of a cocktail to newborns to reinforce their bioengineered characteristics. It is a safe procedure, but this time, a rare reaction occurs and the baby dies in seconds without a chance to be saved. Kate becomes obsessed about this, and as it is so rare, no one knows why it happens. She decides to travel to the place where real human beings still live in search of answers.

I was excited about this story. The premises were interesting enough to get me hooked immediately. Kate is a woman with a mission, and the validity of it just justifies the adventure she immerses herself in. And what an adventure! Going to the Midwest for a biomod is not an easy task, and the cultural shock is something Kate was not prepared for. There are prejudices from both sides, and it is interesting how they can be overcome if we look beyond what is just visible to the eye.

Parallel to Kate’s story, there are also some flashbacks to other characters, which explain bit by bit how the society of the country was segregated. I found it a very interesting social experiment, as I was curious why the three groups did not mix.

There were some parts that broke the flow of the story for me though. The romance was somewhat predictable but unnecessary, and felt totally forced. Maybe it is because I’m not really into romance, so this did not add too much for me. I think this could have been explored differently. Kate is well defined as a character but the rest are mere drafts, without distinctive elements that helped to identify them.

There is an event that happens soon after Kate arrives at the Hospital in the Midwest, which did not feel realistic at all, even less the consequences an escalation of it. I guess it added some thrill to Kate’s adventure, but it did not make much sense.

Kate’s dreams were chaotic, as any dream. Frischmann wanted to show us how obsessed Kate had become about the baby’s death, and the dreams reflected this. In my opinion, once it would have been okay, but dreams were described again and again without adding much to the story.

I found the ending redeeming, as all questions are answered, and there is some light for Kate and others.

Aven Shore delivered a pleasant narration free of technical issues. The different characters’ voices were distinctive enough but in a subtle way no to interfere with the story. I found it enjoyable and smooth.